San Diego has it’s mojo back folks! We are back to warmth and sunshine once again.

To all my back east/frozen tundra friends and followers hope this tune will warm you up, as well…lol 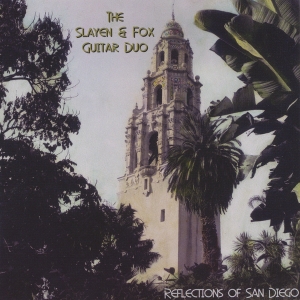 Click the album cover photo to hear Sunny & 70 and other tunes from our debut CD.

Eleven years? I can’t believe it has been eleven years since George Harrison left us!

My apologies this post is out a day late to recognize the day of his passing, November 29, 2001.

I came relatively late to the Beatles party. Never really liked them as a kid, they were old and silly looking and I wanted to hear my Van Halen, AC/DC and Led Zeppelin. It was not until I got out of high school that their commercialism was replaced in my mind by how incredible of musicians they truly are. One year my mom gave me Rubber Soul as a holiday gift and I was totally blown away!

George quickly became my favorite Beatle. Sure there’s the guitarist connection, but, his songs always struck me musically. There’s a grace and style about his tunes. He penned some of the greatest melodies of the Rock and Roll era. To this day I truly believe, as beloved as he is, George is an underrated guitarist

Some of my favorite Harrison tunes include, Here Comes the Sun, Something, Blue Jay Way, If I needed Someone and the epic While My Guitar Gently Weeps.

When recording my first CD, Reflections of San Diego, with the Slayen & Fox Guitar Duo, I even ‘borrowed’ one of his melodies. Well actually I infused the melody into one of my songs. Meaning it is relatively hidden but means something to me having it included. That said if anyone ever thinks they have found it let me know I would be VERY impressed!!

Did you watch KNSD 7/39 Morning News yesterday? If you did you would have heard Slayen & Fox Guitar Duo.

5:25 AM as they came back from commercial one of my tunes, “Sunny & 70” was aired as Jason Austell described the scene outside the KNSD building on Broadway just north of Horton Plaza.

Thanks to everyone at KNSD especially @djtikiNBCSD (twitter) She’s super cool and easy to work with…and always looking for local music to all my colleagues out there!

KNSD is doing a lot to promote local music with shows like SoundDiego which airs after Saturday Night Live on Saturday evenings make sure you check out the show or set your DVR!

If you did not get to see “Sunny & 70” broadcast live check out the link below…and of course watch KNSD News all day. You never know when they’ll air us again!