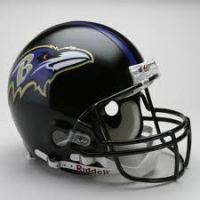 Time for the big matchup. The Baltimore Ravens taking on the San Francisco 49ers. Maybe not the matchup everyone was hoping for or expecting, but, they are the teams that will be facing off in Superbowl XLVII.

Here is your chance to predict the outcome of the game. Sports are a huge part of our culture…but, we all know music is a much stronger force! Vote for your favorite song below. I will tally the votes and have the Superbowl winner for you before the game.

I remember being a little kid listening to Joe Walsh’s, “Life’s Been Good.” It was the coolest song ever at the time. Cool guitar riffs(yes I was hooked on guitar even as a kid) and funny lyrics. I have mentioned before in my blogs that I am not much of lyrics guy, but, c’mon what little kid doesn’t laugh with their friends over lines like, ‘I have a mansion forget the price …Ain’t never been there they tell me it’s nice.’  Actually, the tune has held its own for 34 years now….so it wasn’t just for kids.

I will always think of Joe Walsh, as mentioned above, as a combination of iconic rock guitar riffs and a silly side, including some of his performance faces…he took the ‘guitar face’ to new heights. To me he is the redeeming musician in the Eagles. His stylistic rock licks lifted the Eagles from country band to Rock Supergroup status. His mark is most notably etched on tunes like Life in the Fast Lane, The Long Run, In the City and his shared guitar work on the epic Hotel California solo.

Joe’s been at his career for just under 50 years now. He has achieved legendary success as a member of The James Gang, The Eagles and his solo gig.

Here is to Life ‘Being’ Good for years to come…keep rocking Joe!