Anyone who works out with their headphones knows how awesome it is when you get a big lift from your favorite song. Or hearing a cool tune you would have never picked shuffle through on your picturesque jog… With 1000s of songs on my iPod I almost always shuffle.

I’ve always thought it would be cool, interesting, perhaps even motivating to write about each playlist and the music’s effect on myself and the workout. Then I thought that might be kind of boring. Then I thought, “Yeah,” I was right…on both counts.

Really just another chance to talk about music!

“Where the Wild Winds Blow”

“Lord of the Lost and Lonely”

“To Live For the King”

“Temple of the Holy”

“Bridges We Have Burned”

“Dance for the Piper”

If you have read any of my previous “Run Playlist,” entries you know I shuffle through my workouts…almost exclusively! I rarely listen to one album straight through.

Another thing I hardly ever do any more is buy CDs. Sure songs here and there, but, not many full CDs anymore. However, I recently received in the mail Michael Schenker’s, “Bridge the Gap.”

With the new piece of ear candy in tow I turned off the shuffle feature and went to town dissecting my new sonorous treasure. My last two runs in fact were entirely devoted to the German guitarist’s newest release.

I won’t give the album a full review here cause it is just too early. I will share my first impressions, however.

Great production, great sound, heavy well composed songs, great vocals(not always a trademark of MSG music) and of course great guitar work. In fact Michael has never sounded better. Part of it is the production of the music. I also think part if it is Schenker seems to be enjoying life as much as ever. Props!!

A couple other quick hits…

-The keyboards(Wayne Findlay) are integrated really well on this disc. Perhaps even a sonic tribute to the recently passed Jon Lord of Deep Purple?

– Doogie White easily slides to the top of the class regarding Schenker vocalists over the years. Then immediately has to kind of battle it out to hold serve with Don Dokken who also sounds great on the bonus track, “Faith.” Major Kudos to Doogie on this disc and recent tours, sounds great!

-Dokken may be one of the top vocalists to work with Schenker. On the flip side Michael easily becomes the best guitarist to work with Dokken. Sorry to George Lynch fans. He’s a good dude and pretty good player just not even close to the same league as Schenker.

– The song format of this disc may lead to a better response from the average fan as some of Schenker’s recent music has been sort of through composed super-works. Most music fans are accustomed to block songs for easy digesting. Personally I liked when he stepped out of the box a bit. Even naming the songs on his MS 2000 disc the by the spelling of the CD title, “Dreams & Expressions.” 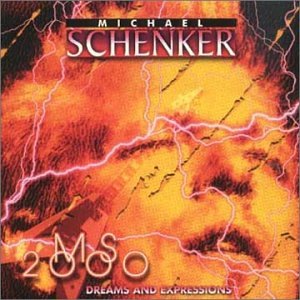 Bottom line- check out, “Bridge the Gap,” if you are a fan you won’t regret it!