The Oscar For Best Original Song, Goes To…

The 2013 Academy Awards are all set to be broadcast this weekend. A time for movie goers 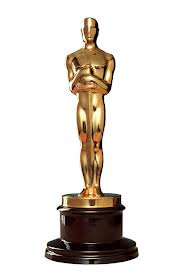 to celebrate their favorite films and actors of the year. A time for millionaire actor$ and billionaire $tudios to finally be bestowed some actual credit for their hard work. 😉

Of all the yearly award shows the Oscars is my favorite. Much more than the Grammys, my own industries honors. Even more than the ESPYs…wait do we really need a sports award show? Isn’t that why they play the games to figure out who’s the best?

While all are very well composed scores with interesting soundscapes, there were none that were truly unique or mind-blowing, over the top. That said…

Perhaps the most artistic of all the nominees. Reminiscent of the Russian Romantic composers of the 19th and 20th centuries.

A nice combination of modern technology and middle-east flavors. In my opinion the synth driven background is not as difficult in compositional nature as Lincoln and Anna Karenina.

Danna sets a very nice mood with the peaceful score in Life of Pi. The use of eastern instruments and ideals lends perfectly to the movie. In my opinion the score is a bit too minimalist and might suffer from its demure sonic atmosphere.

I am really impressed with this one. When I first heard Williams was penning the music for Lincoln I kind of rolled my eyes. ‘Lets use the biggest name in the film scoring business.’ He tends to be bombastic and his moves often have a similar style. However, I really like what he did for Lincoln. Williams did a great job composing Americana music, as well as, setting traditional songs of the day. Maybe not some of his most memorable sounds, but, some of his truly best artistically and structurally!

This is a cool fun score. Newman did a great job interpreting the James Bond theme we all love with some techno beats and backgrounds. I think this nomination will suffer from being a 007 film and similar to Argo I don’t think this piece had the same compositional chops as Lincoln and Anna Karenina.

So you can probably already tell where I am going with this pick. In my opinion it is definitely between Lincoln and Anna Karenina. My personal vote would be for Lincoln. I am torn on who I think the Academy has picked. The slightly superior Lincoln or the more artistic Anna Karenina.

Gotta go with my gut…